Lakeside Senior, Brandon Ford, has officially earned the title of All-Time Scorer for the Dragon’s Boys Basketball program. The previous record was 1,221 points set by Emelio Parks in 2010, which Ford surpassed during the last game of the season against Pymatuning Valley on March 6th.  Scoring 32 points in the Dragon’s win over PV,

Any questions or concerns, contact Jason Baxter (jason.baxter@aacs.net)  Athlete must have an update OHSAA Physical on file  Final Forms signatures must be completed Eligibility: Student-Athlete must  have received passing grades in a minimum of five one- credit courses or the equivalent which count towards graduation and must have earned a 2.0 grade point average or

Junior Brandon Ford was named the Ashtabula County Basketball Foundation Player of the Year. Ford averaged 18.2 points per game and 7.2 assists per game to lead the Dragons. He enters his senior season with 812 career points. He was also named First Team All-CVC and became the second All-Ohio basketball athlete in school history. 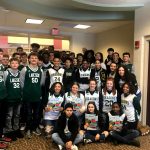 Lakeside High School Athletic Director Jason Baxter afforded Ontario Primary School the opportunity to have the boys’ and girls’ basketball teams read to the 2nd graders and work with them in the classroom as part of the 2nd & 7 Foundation program. All the students took that book home with them.  The athletes also promoted the importance of 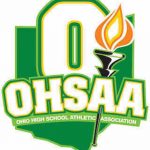 Boys Basketball will travel to Mayfield for an OHSAA sectional tournament game on Wednesday, February 26th at 7 PM. The Dragons and Wildcats scrimmaged earlier this season. The Dragons will round out the regular season with road games at Jefferson (1/18) and Riverside (1/21). Just a reminder since this is a OHSAA sponsored tournament event, NO PASSES 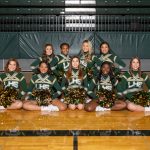 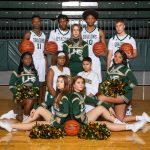 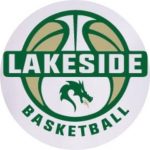 Youth Basketball Appreciation Night Tuesday January, 14, 2020 Varsity Tipoff: 7pm (Youth introductions at halftime) Ashtabula Edgewood at Ashtabula Lakeside We’d like to take the time at halftime to show appreciation to all of our players in our program!  If you wear your Youth Basketball Jersey you will get into the game for free! Look

Winter 19-20 Team Shirt Order Form Dragon Team Gear is Here! Show your team spirit with these new athletic department t-shirts! Shirts are currently available for each winter sport, and feature the design shown below with Vegas gold and green lettering on a soft blend white shirt. To place your order, please fill out the

No Events This Week

Events are added by athletic staff.
View All Events